Time slips away so quickly. Our grandson has 4 teeth and is moving about. Matisse is getting ready for kindy in the new year and Christmas is almost here. We have joined an indoor bowls group and in the meantime I have been making some Jewellery for sale on the Facebook page MarneyMay  There is a variety of necklaces and stackable bracelets and I will post to all states of Australia. Pop on over to Facebook and have a look. 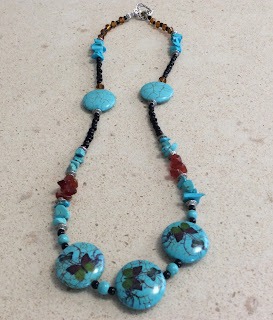 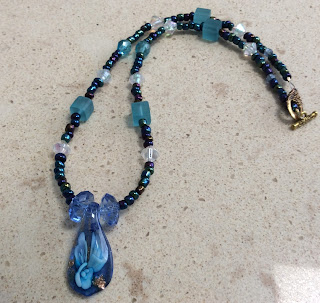 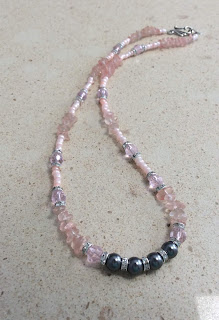 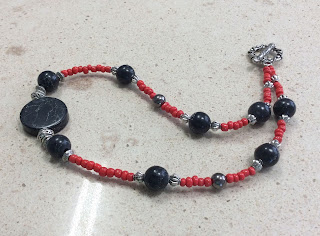 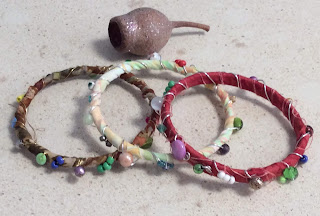 Birthdays and some crochet

Our little miss turned 3 at the end of June.  She has been telling everyone Ma was making her a blanket. We were still ill with the flu so the blanket was quickly made just in time for her special day. I used a granny square for the Centre of the blanket and continued to add rows until it was the size I wanted. It was so easy and quick to make.

I used the you tube video by Bella Coco.
How to Crochet a Granny Square | Absolute Beginners
https://youtu.be/GALGQdP_POw 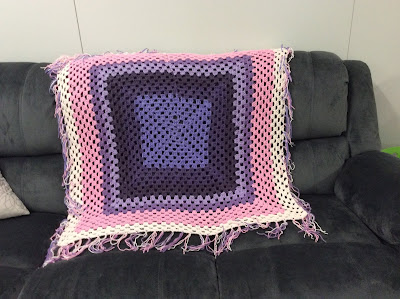 I used a Caron cake for the centre of the quilt and added one 100 gram ball each of pink and cream.   The reverse quilter made the fringing. We also gave her a little pink and purple handbag and popped some coins, some tissues and a chap stick in the bag. I am hoping she will stay out of my hand bag, last time I lost an expensive lipstick. 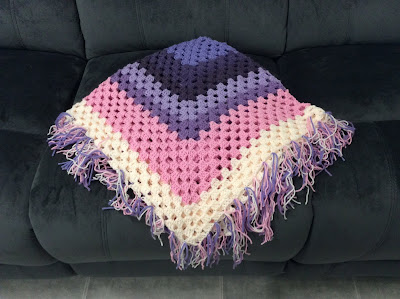 My Birthday was not long after. We had a morning tea and Matisse blew out the candle. I received a bunch of flowers and a Spotlight card, Lucky me 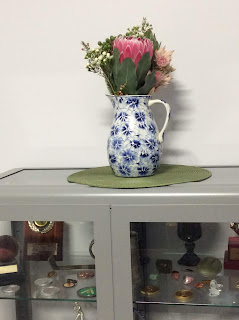 Illness a New Generation and a Tradition

Every year we have our flu shots, but this year grand daughter got the flu and ended up with a chest infection. Of course Ma got the flu and laryngitis.  Was very sick and two weeks after getting sick our grandson was born.  There were some concerns about his kidneys, he arrived by Cesarean  3 weeks early and thank goodness all is well.

Because I had laryngitis we have waited 2 weeks to see him.   They came on Monday and he is so very sweet. At 4kg or a bit over 8 pounds he is a nice size to cuddle.This little fellow has been a joy for his parents. He has his feed and sleeps for 4 hours or more and cries quietly when he wakes . His sister had reflux and was a very unsettled baby, sleeping no more than an hour or two at a time and screaming with pain after each feed.

At last our house is back to rights.  It has taken 6 months and the list was long.  I must admit all the tradesmen we very professional and waisted no time getting the work done. 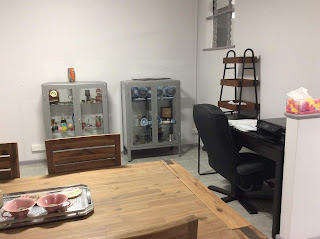 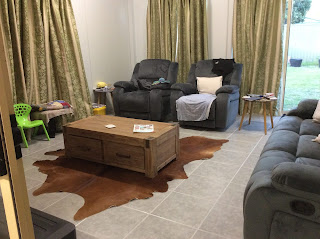 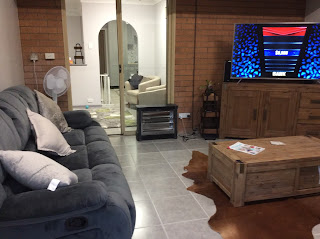 We added the family / sun room and so far this winter it has been used each day.  The morning sun warms the room and makes it cosy,    Now for some serious crafting.

A Finish A Design and A Beginning

We have been living in the caravan while our renovations are being done. When the workmen were here and no painting needed doing I managed to get some crafting done.  A blanket crocheted for our grandsons due in July and a WIP table centre completed 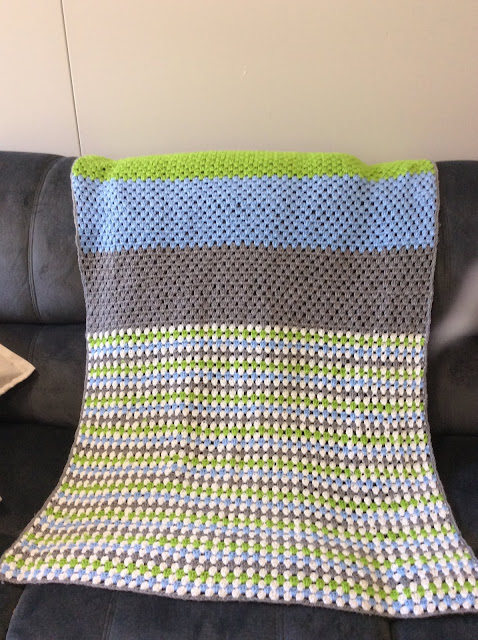 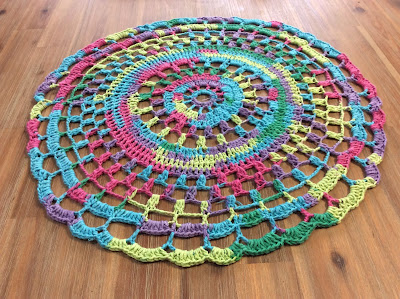 It was not all plain sailing I did manage to miss calculate the width of the strips I needed to cover the foundation square for a quilt I started.The blocks were smaller than I planned.  After purchasing EQ8 I was able to incorporate the block size into a simple design and managed to get the majority of the strip blocks completed.

I think the chosen fabrics will bring the quilt to life, EQ8 made the process easier but the image is a little under whelming.  I am not sure if it is the EQ8 program or if it is because it is  an Apple Mac version. 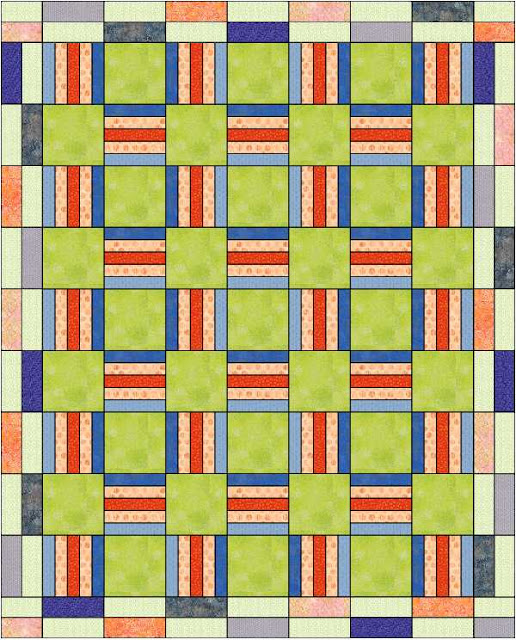 So much happening but not a lot of crafting

Wow we have been having such a busy time.  Before moving to Rockingham we purchase a house to move into.  It was built in the 1970's,is double brick with 3 bedrooms and needed some work.

Two weeks ago the renovations started with the enclosed patio and last week the kitchen was gutted and replaced.  We are living in our caravan, all the bedrooms are currently storing our furniture and the kitchen will not be finished for another week.  Hence no crafting

They say things happen in threes and that was true for us last week.  On Monday the tiler was removing the tiles in the living area and managed to cut his finger badly with a jack hammer. On Tuesday hubby was watching the stone benches being put in and realised they had put the hole for the sink in the wrong place.  It was up under a cupboard and very long arms were needed to reach it.  When Hubby pointed it out it was a bit like watching an asian version of the Three Stooges.  The three installers started talking very quickly to each other and there was lots of pointing and gesturing. A very long phone call was made, the bench was taken out quicker than it went in and returned to the factory.  On the Wednesday our puppy chased a bee and had her third trip to the vets for antihistamine injection.  Hmm she seems to be a bit slow to learn that bees sting. 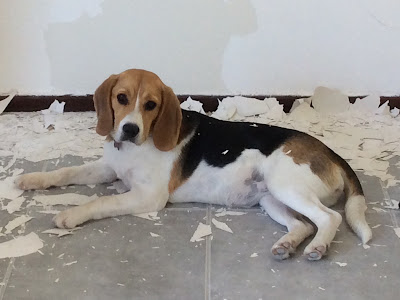 She had a fat lip for a few days but as you can see she is OK and supervising us while we strip the old paint of the wall.

I think one of the most wonderful things to happen is becoming a grandparent.  Since our move across the country we are now close to our granddaughter.  She is a sweet little girl with big smiles and happy nature.

When her uncle from her mothers side of the family got married she was flower girl. The Roses she carried were long stemmed and almost as tall as her but she managed to carry them and stole the show.

We attended the wedding and then babysat little miss.  Before we went home we took her to have a ice-cream, all the groomsmen kept telling her if she sat still or stood still for the photos she could have ice-cream. 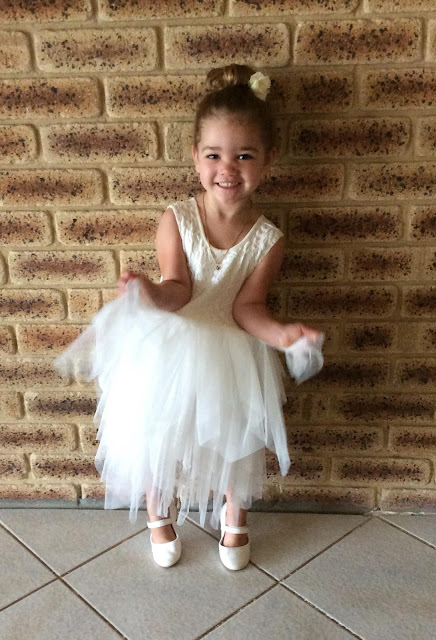 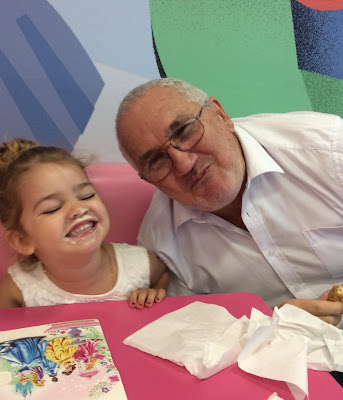 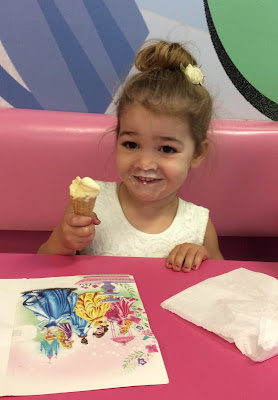 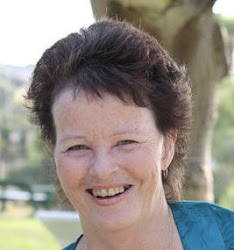